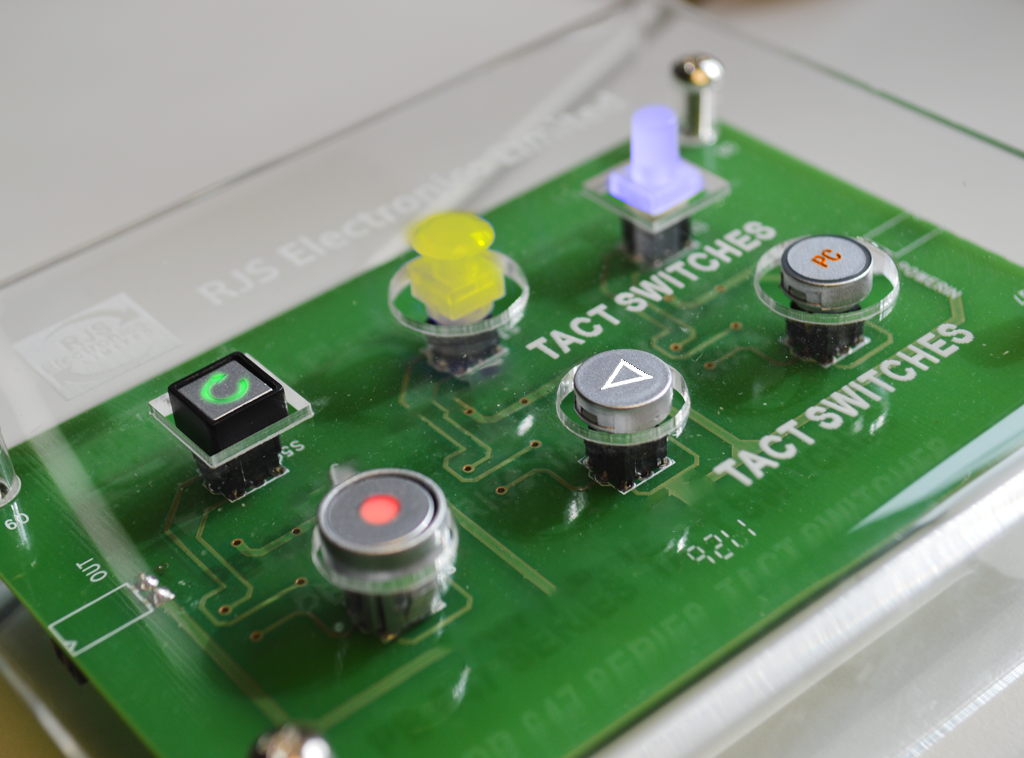 How do they work?

Tact switches are required to be touched or pressed. In some respect, a Tact switch is a type of PCB push button switch however it requires less force when pressed. Often, Tact switches have less travel distance between the top of the switch and the base, where the Tact switch is mounted on the PCB, this is because they are a lot smaller and compact to the panel mount switch.  When gently pressed, a Tact switches will have a ‘clicky’ feel and or sound. Our Tact switches are available with a silent-feedback, meaning it just feels ‘clicky’ without the sound. 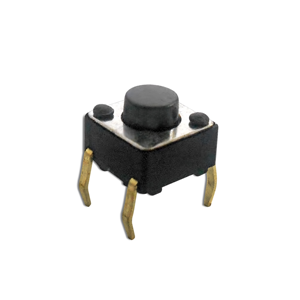 We can supply a range of tact switches which support momentary and latching push button functionality, support LED illumination or etching and stamping or select from a range of different caps.

Dual/ Bi-Colour Illumination – a component that allows two colours in a single LED, this means the colour will change from one to the other but not display together.

Our Tact switches have been used for a wide range of commercial and domestic electronic devices for a wide range of applications from toys to medical equipment. Also used within the automotive industry, industrial controls, audio and broadcasting industry, door entry and security. Tact switches are ideal for electronic devices and applications which have multiple out-put functions. Tact switches are less bulky and lighter compared to panel mount push button switches.

Additional information about our Tact Switches to help find the correct tact switch for your design.

SPST switches make or break the connection of a single conductor in a single branch circuit. This switch type typically has two terminals and is referred to as a single-pole switch.

DPST switches make or break the connection of two circuit conductors in a single branch circuit. They usually have four terminals.

DPDT switches make or break the connection of two conductors to two separate circuits. They usually have six terminals are available in both momentary and maintained contact versions.

Use our filter bar on the left to quickly locate the Tact switch for your design. One of the key features you may need to know is about Switch Travel. Switch travel indicated the distance the switch goes down when it has been pressed, as some of our Tact switches can travel between from 0.1mm up to 2.5mm.

Let’s make it a little personal, many of our PCB push button switches can be customised. See the possible ideas, select a range of finishes, legends and shapes to support our tact switch to support your design.

How to place an order tactile switches with RJS Electronics?

See our guide: how to place an order | Find out more about our customisation service